I have previously written about how a Mossad Robot rented the house opposite mine, then after a few months moved to another address on the same street, 2 houses down the road.

Well, I later realised that another Mossad Robot occupied the house across the street from mine i.e. A Mossad Robot left the house for another Robot to occupy, while he moved 2 houses down the road.

This means that I have 2 Mossad Robots surrounding me: One adjacent to me (2 houses away), and the other directly opposite.

I also stated that the 1st Mossad Robot had a dog. I later discovered that, the dog was very highly trained. At first, I thought it was odd that the dog would bark at me sometimes, yet at other times it wouldn’t bark at all.

One day, the dog acted in a manner that made me believe that the owner was controlling its behaviour using some type of dog whistle that was inaudible to humans.

I reported him to the authorities.

Since then, I have not had any encounters with the dog.

(NB: I believe that the Mossad Robot with the dog didn’t expect an African to know that dogs can hear sounds we humans do not hear. Pure racism.

In fact, the reason I have come to know so many of Mossad tactics, is because they have under-estimated me. Can’t complain about that, because, if they didn’t under-estimate me, I would be dead)

Back to the Mossad Robots.

I have stated in a previous article how Mossad set up my neighbour from across the road, so he could be kicked out of his house. They did that so their agent/robot could occupy that house.

It appeared that, this time, they didn’t want to entrust a clue-less associate, but had to have a Mossad agent/robot as my neighbour. Why?

I have finally discovered why.

In the past 4-6 months, my house and yard have been infested by more than a dozen different types of pests. I have applied all the pesticides I could find in the hardware store. But the pests, though reduced, have proved impossible to eliminate.

I had pest experts come to the house and check what could be the problem. They couldn’t find any reason why pests couldn’t be eliminated from our home by use of normal pesticides.

Also, a section of my house has been producing a very pungent smell, at random.

Plumbers have checked and found nothing.

What other conclusion can I make?

I know it is all caused by the Mossad agents/robots surrounding me. Unfortunately, as always, I have no evidence.

My only evidence is, why is Mossad so DESPERATE to have their agents/robots as my neighbours?

It is obvious that Dr. D.J. Russell-Weisz is:
1. An agent of Mossad, the Israeli spy agency.
2. Very senior in the Mossad hierarchy in Australia.

Mossad sent their agent to my home village in Kenya.

I never, ever imagined Mossad, or any other spy agency, would be able to pull off such a move. But Mossad did it, and no one suspected a thing.

Hats off to Mossad.

This matter hit me so close, that I cannot disclose certain issues – like how exactly I discovered that the person was a Mossad agent – because of privacy reasons.

I am not talking about a town or urban area, I am talking about a village in rural Kenya, where everyone knows everyone else, and therefore it is extremely difficult for a stranger to embed himself/herself there without raising suspicion.

Yet, Mossad pulled it off, without anyone in the village suspecting that the new villager was a foreigner, let alone a foreign spy.

Obviously, the agent was Black. With a local name. Apparently, Mossad had trained their agent about life in rural Kenya for such a long time such that she even spoke the local language fluently.

Like I have stated before, when you play god, the TRUE God will prove to you that you are just a mere earthling.

Mossad likes to play god. But the true God works in mysterious ways.

Consider the following: Mossad had done their homework perfectly. They used their infinite resources to embed their agent in the village without raising any suspicion.

Now, if Mossad was just patient, they would have waited till I went to visit the village. Their agent, being a good neighbour to my relatives, would have many excuses to come into close proximity to me, without me becoming suspicious…People die of heart attacks all the time. Nothing suspicious. Case closed.

However, for whatever reasons, they just couldn’t avoid using their agent to do some other low-level hatchet jobs as she waited for the big assignment.

So, Mossad used their agent to start a very bad rumour about me in the village (of course, nobody thought it was a malicious rumour, therefore, nobody suspected her or anyone else of starting it).

Example of how a rumour can be started, and people don’t realise it is a deliberate plot to misinform: You hear someone speaking on the phone, saying “You mean Peter went to Brazil…I didn’t know that…”

If someone tells you the next day: “I haven’t seen Peter in a while…” You might tell him, “I heard someone saying he went to Brazil…” So the story spreads that Peter went to Brazil.

However, the person who was talking on the phone about Peter going to Brazil was actually lying. His job was just to start the rumour without appearing to be doing so.

Because of how the story about Peter “going to Brazil” started, most people will take it as fact.

That is how Mossad operates. Using these kind of tactics, they can, and do spread all type of misinformation regarding their targets.

Back to the malicious rumour about me started by Mossad in my home village in Kenya.

The rumour did not have the final effect Mossad had expected. However, the rumour started a chain of events that led me to expose their agent embedded in the village.

I cannot go into details, obviously. But, suffice it to say that in their calculation, Mossad thought it impossible that I would get to know about the rumour. But I did.

Mossad had probably calculated that, although it is my home village, I never lived there as an adult, though my close relatives lived/live there. Therefore, I did not follow issues about the village. And this very true.

I was just lucky, and Mossad was unlucky. The probability of me knowing about the rumour might have been 1/1,000,000,000, yet I came to know about it.

The Lord works in mysterious ways.

The nature of that rumour was such that it couldn’t have been believed by anyone who knew me well, unless Mossad had their agent embedded in the village, and was discreetly pushing the rumour.

That is how I found out about their agent, and did what any law-abiding person would do under such circumstances.

NOTE: Even though I have previously explained that Mossad have certainly used Kenyan Private Investigators in their terror plots against me, in this case, I knew that local private investigators were not involved – couldn’t pull it off. It was too sophisticated for them.

Extrapolation – Shot in the Dark

I cannot write here about how exactly Mossad managed to embed their agent in a rural Kenyan village without raising suspicion. However, I became aware of their extraordinary tactics of quietly embedding their agents wherever they wanted, by using an agent that looked like the locals, spoke like them, and behaved like them.

All I needed to do, was look at online profiles of random people in Kenya, and see whether any of them fitted the characteristics or mien of a person who could have been embedded into Kenyan society by Mossad.

Voila! I just saw one such person, a well known young lady in Kenya. Her photo is below. 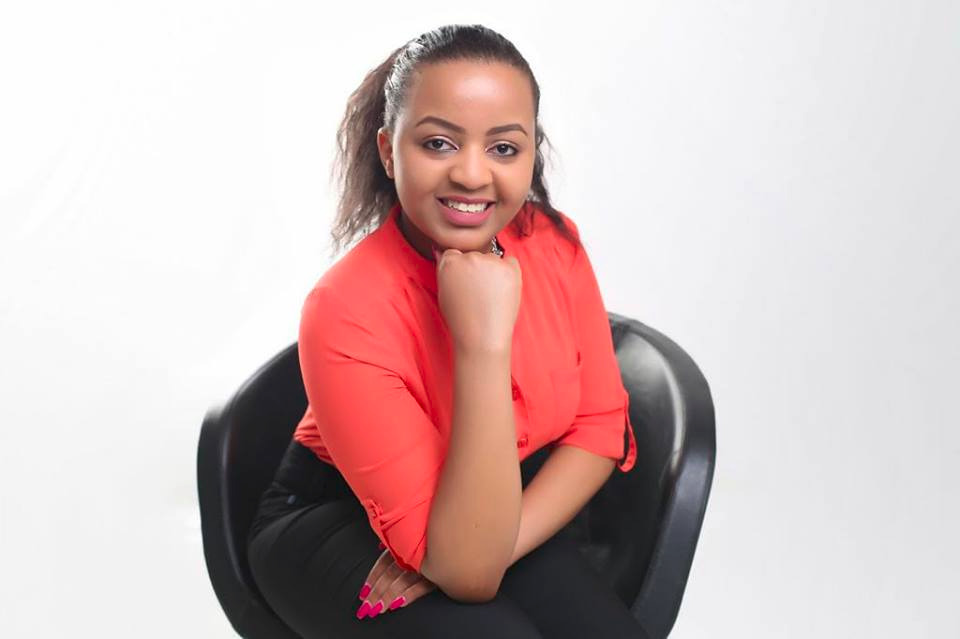 Six weeks ago, I said publicly, “this girl could be a Mossad agent”?

The girl went into hiding. She has not yet emerged from hiding, more than a month later.

Web articles mentioning the probability that she could be a Mossad agent were blocked by search engines.

NOTE: If you are a Mossad agent embedded into Kenyan society, it automatically means that you are using a fake, forged ID – A crime.

In Kenya, you must provide finger prints to get an ID. Therefore, if you have never had a genuine Kenyan ID…